However, with the rapid deterioration of the new crown epidemic in Myanmar since June, many Chinese ports bordering northern Myanmar have restricted the number of daily arrivals, which makes many people have to wait at the border for several weeks.

The reason for the sudden emergence of the “returning army” is that since February this year, many places in China have successively issued policies to persuade the return of Chinese who engage in illegal activities in northern Myanmar. Penalties for those who disobey the persuasion include cancellation of household registration.

In the dense jungles of the northern Shan State of Myanmar, there are many regimes and ethnic minority local armed forces that are not controlled by Naypyidaw. Chinese official media have stated that this place has become the main shelter for Chinese telecom fraud gangs, with more than 100,000 “employees”.

The war in northern Myanmar spreads across the border. Is it useful for China to stop it?

China’s official “Yunnan Communist Youth League” issued a document last Friday (July 9), saying that there are long queues every day at the ports of Jiejiao, Houqiao, Nansan, and Daluo, which are adjacent to the northern border of Yunnan Province and Myanmar. People returning home.

According to related reports, due to a large number of fraudsters returning to China from Myanmar to surrender, the prevention and control of the epidemic in Ruili, a small border town, is difficult to load. A staff member said that they are all rotating 24 hours a day. “Just now, there are nearly 100 people coming back from Myanmar.”

The staff said that there are more than 60 people in the Ruili Disease Control Center, plus the 40 contract workers hired, the manpower is still tight.

Network pictures show that many Chinese in northern Myanmar are waiting in line to return home. The sign at the rear reads “Limited Acceptance Registration and Return to China”.

A Chinese in Mongla, northern Myanmar, waiting to go to the Daluo port in Yunnan, told the BBC that there are thousands of people waiting in line to return to China like him, but only 150 to 180 people pass the customs every day, so they have to Wait a long time to pass. Mengla is located in the northern part of Shan State, adjacent to the Xishuangbanna region of Yunnan.

The 34-year-old man from Hunan, China said that he smuggled to northern Myanmar under the introduction of a friend in early 2018 to “work”, and now he was canceled due to concerns about his household registration, and after the epidemic, there was no way to return home due to border control, so he chose to return to his country. “Volunteering”, but he claimed that he had not engaged in illegal activities such as fraud or gambling in northern Myanmar.

“If you don’t have a household registration, it means you are not Chinese. You can basically do nothing in China, you can’t apply for a bank card, you can’t buy a phone card,” he said. “Can you not go back? And now (Myanmar) stores are half closed.”

“Now I go back and say that it is possible to lenient penalties, just fine, mainly for smuggling, it should not be imprisoned,” he added.

At first, many local authorities set a deadline for these people to return to China before the end of June, but it had to be delayed because of the epidemic.

Another Chinese, “Ahuang” in Pangkham, said that most of the local migrant workers from China are “basically ready to leave,” even if “it costs a lot of money.” Bangkang is located in the northern Shan State of Myanmar and is controlled by the minority armed forces of the United Wa State Army (UWSA).

“If you want to come back, you must be quarantined for 5 days in northern Myanmar, then after entering the country, quarantine in Meng’a, Yunnan for 14 days, and then go to the third (finally settled) place to quarantine for 7 days, so a total of 26 quarantine is required. God,” he said to the BBC.

He added that last year, the Chinese police may have detected that their WeChat account was logged in in northern Myanmar through locating means. Therefore, the WeChat account was banned. Now it is “inconvenient to do anything”. It is better to go home and find other ways to make money.

Many places in China have been severely cracking down on telecom fraud activities this year. Telecom fraud is a way of fabricating false information to pretend to be the police through the phone or the Internet, or committing fraud in the name of investment, loan, or billing. It has been rampant in China in recent years. The authorities have pointed out that many fraud groups have “houses” in Myanmar. North area.

Similar to rebels in other areas of Myanmar, such as the Arakan Army or the Kachin Independence Army (KIA), many towns near the border between China and Myanmar are located in such areas as the Myanmar National Democratic Alliance Army (MNDAA) or the United Wa State Army. Under armed control.

On the streets of Xiaomengla in northern Myanmar, Chinese signs can be seen everywhere.

Many of the warlords who rule this area are former members of the Communist Party of Myanmar, and now everything in the region looks more like China than Yangon or Naypyidaw. For example, the currency in circulation here is Renminbi, the language is Chinese, and infrastructure such as electricity and mobile communications are also used in China, and even Beijing time is used in some places.

In recent years, more and more Chinese people have dreamed of rushing for gold, taking the initiative or being deceived, by smuggling to this underdeveloped “out-of-law land.” According to Chinese media reports, some people were subsequently illegally detained, blackmailed or even forced into prostitution, and more people engaged in illegal activities such as fraud or gambling.

In February of this year, the police in Yinchuan, a city in northern China, claimed that they had cracked a cross-border telecommunications network fraud. The fraud group has long been entrenched in Mong Pawk, Shan State, Myanmar, and conducted fraud under the name of “online dating.” There are 130 members. There were more than 4,800 victims.

In early May of this year, Chinese Minister of Public Security Zhao Kezhi went to Menglian Port for inspection and emphasized the need to strictly manage border crossings and “combine telecommunications network fraud, cross-border gambling, drug production and trafficking, smuggling and other cross-border illegal criminal activities.” Subsequently, many places in China issued documents one after another, requesting those who went to northern Myanmar to return immediately.

For example, the Public Security Bureau of Xiushui County, Jiangxi Province issued an announcement on June 1, urging “persons who have been stranded in northern Myanmar and overseas engaged in illegal and criminal repairs” to return to China as soon as possible. The announcement stated that if you actively contact the police to report, you will be given a lighter punishment, and those who refuse to return to the country will be punished severely, including their family members who will be affected when they join the party, join the army, and recruit public officials.

After the city was closed in Ruili, Yunnan, there was no one on the street.

On the same day, the Public Security Bureau of Binyang County, Guangxi Autonomous Region also issued an announcement stating that 34 people from Binyang were “missing for a long time” and required these people to go to the Public Security Bureau to verify their identity information within 15 days, otherwise they would be listed as missing persons and be cancelled. Account.

Some places have even adopted more stringent measures. In Zhangping City, Fujian Province, the authorities warned that if people smuggled to northern Myanmar fail to return within the time limit, their children will be dropped out of kindergartens, primary and secondary schools, and buildings built with stolen money will be forcibly demolished.

Chinese media reports showed that there were also law enforcement officers who went to the hometown of the people who smuggled into northern Myanmar, sprayed the “shameful fraud” logo on the door of their house and cut off the power supply.

Myanmar has always maintained a low number of new crown cases, but since the Delta mutant strain became popular in the region, the number of infections has risen rapidly. More than 3,400 new cases were reported in the country on Sunday (July 11), compared with less than 50 cases a day in early May.

The worsening of the epidemic has made Chinese authorities hope that citizens engaged in illegal activities in northern Myanmar will return to China while worrying about the new crown virus, especially the Delta strain, being introduced into China again.

An epidemic prevention staff in Ruili is performing disinfection operations.

Earlier this month, Ruili City, which borders the town of Muse in northern Myanmar, once again found multiple local confirmed cases, the city announced its closure on July 7. This is the fourth outbreak in the city in a year and the third time the city has been closed.

Official media reported that the genomic sequence of the new corona virus in this epidemic is “highly homologous” to the Delta mutant strain, and is also “highly homologous” to neighboring overseas epidemic strains. The authorities stated that they will severely crack down on illegally crossing the border, and severely punish stowaways, organizations and facilitators.

Beginning in April this year, Ruili reportedly set up 506 control points along the 169-kilometer border with more than 3,900 people deployed 24 hours a day at the border. However, the official ports were closed due to confirmed cases in some places. Some people who are eager to return to China took the risk and chose to return to their country by overturning the wall.

Videos circulating on the Internet show that multiple men tried to climb the barbed wire to enter Ruili, Yunnan. The sign hanging on the barbed wire reads “Sister, tell the frontline combat command to surrender.”

In June of this year, the Yunnan Ruili Public Security Bureau also arrested a person who had illegally entered the country by “digging a hole”.

13 Email Marketing Tips Your Readers Want You To Be Following...Now! 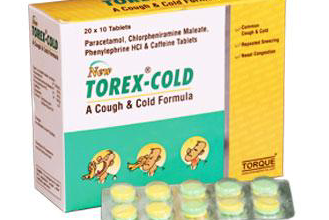 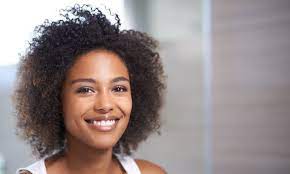